Home Featured The Most Anticipated Upcoming Games Of 2017 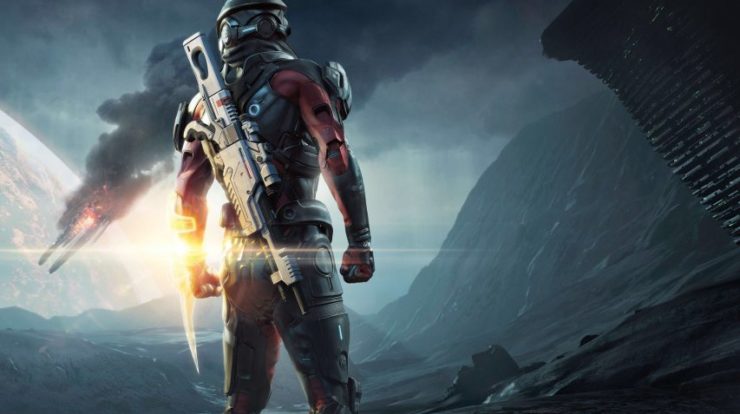 So, we have almost come upon the end of a stellar year for video-games that is 2016 and as we embark upon the gaming world in 2017, we bring to you the hottest upcoming games of 2017. There’s a bewildering array of titles coming up in 2017 including game sequels, independent games, etc. So, without any further ado, have a look at the following list of games Of 2017.

Most Anticipated Upcoming Games Of 2017

Resident Evil 6 failed to attract players as it had mediocre gameplay. But Resident Evil 7 brings to the table what the games of this series are famous for – survival horror. It also brings a first person gameplay to the fore. With a suitable dark and dingy environment to play in, this game will surely generate chills through the spines of the players and it is eagerly anticipated.

This game is a paradise for melee combat players. This is a 4 vs. 4 multiplayer game pitting Knights, Samurais and Vikings against one another. The motion captured animations in the game are incredibly fluid and smooth. The combat gameplay also appears to be quite good so the players are definitely in for a treat when this game comes out.

This is a stealthy shooter game, loved by players who love to attack through the shadows. This comes back with a gruesome bullet time and large open worlds to sneak through. Set in the World War 2 era, this game shows a lot of promise.

This is a spin off from the main series. It is one of the very few RTS games available on console. Multiplayer modes offer modes for up to 6 players. The Banished is a new enemy type to battle in the game so this game offers some intense battle gameplay.

This promises to be one of the greatest open world RPGs of all time. The game combines an epic storyline with cool weapons and combat options. The game has possessed robotic dinosaurs attacking random people at will. The graphics are pretty stellar as well so expect a hard-hitting game.

Ubisoft has toned down on the tech in the game and focused more on team-based military ops. The tactical warfare takes place in modern day Bolivia as you and your squad work together to take down a drug cartel. Sounds good, right? Just wait for it.

Commander Shepard is back!! Oh, no, he/she is not! Its Commander Ryder now! Shepard defeated the Reapers and all but there’s plenty more fun left to be had in the Mass Effect universe. MEA is not a sequel to the original trilogy instead it’s an independent game. It’s not even a start of some other story. The game is set in the Andromeda galaxy which in reality is set for a collision course with the Milky Way galaxy in some million years. The game retains many elements of the trilogy though, setting up multiple endings by offering the player numerous choices in the game, the option to romance different characters (even aliens) and of course, the awesome third person shooter gameplay along with the amazing tech offered by the game. The game was originally slated to be released in late 2016 but it has been delayed. There is one bad news though. Considering the protests of the voice actors in the game, expect the date to be pushed back even further.

Tekken is taking a lot of time to make the transition from Japanese arcades to Western consoles. The next iteration of Bandai’s action series, Tekken 7 shows a lot of promise, bringing back veterans from the King Of Iron Fist tournament including Kazumi Mishima. The game brings cool animations, a wide arsenal of combo moves and much more.

This RPG still follows high school students with supernatural powers in a highly stylized world. This game though represents a shift in tone of the series. The previous games followed typical teens in unusual circumstances but this game follows a group of flamboyant young cat burglars.

In this game, you play as Chloe who teams up with Nadine Ross to track down an ancient Indian artifact. This isn’t a brand new game but neither is it an expansion.

A game based on pirates, this game mostly takes place on ships and on the vast open sea. Who doesn’t like to enjoy a little R and R on a ship out in the sea? Well, this game will allow you to do just that.

The racing mechanics aren’t expected to change much but the game has inclined towards eSports with loads of live events and scheduled tournaments. This will give players a taste of what the real drivers out there feel while racing.

This game will have both single-player and multi-player components. Rumors suggest that players will control John Marsden’s son. The game setting is towards the end of the Wild West era.

So, this concludes the list of the most anticipated upcoming games of 2017. There may be some games in your mind which did not make our list but keep in mind that this is just what we think.