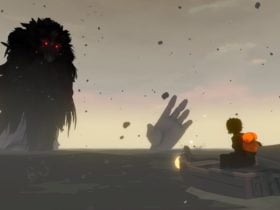 Nintendo’s Arms is a fighting game developed for Nintendo Switch. The game released in June this year. Four players select their desired fighter and then play to knock out each other. The fight takes place in a 3D arena. The players can use the fighters to attack, bloc, throw and dodge. In this guide, we will talk about ARMS play style selection.

There are different ways to approach this game and the game gives you complete freedom to choose your very own style of play. No matter what style of play you use, it can be categorised into either the Rushdown Play Style or the Slowdown Play Style. This guide will serve as a guide for you to select your preferred play style in the game.

Here are the recommended arms.

You will need at least one quick arm to land those counter punches effectively. If you are a really quick player, use two light arms. Here, the problem is that these light arms can be beaten by all other arms. So, do not even try to duel arms if you are using a light one. If you prefer a balanced rushdown play style, use one medium arm to complement the other light arm. Sparky and Thunderbird work well at this. Also, you can also use a heavy arm like the Megaton if you are an aggressive player or if the enemy is too aggressive. Complement your one light arm with the other heavy arm. But do note that this will reduce your speed. Donot use double megatons though. A quick player will easily romp through you in that case.

Here are the recommended arms.

If you are a slow and methodical player, use this play style. You will need to capitalise on every showdown situation. You can use Sparky and Thunderbird for moderate speed and damage. You can dodge an average opponent’s attack and land a counterhit with these arms. Megaton works well when you have slowed down one of your opponent’s arms. The Parasol has a wide hit box which is difficult to avoid so you can use that too. If your opponent is dodging too much, use the Parasol to make it difficult to him.