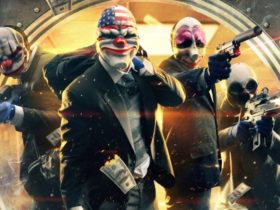 ARMS is a fighting game. It is developed and published by Nintendo and it released worldwide in June this year. ARMS is available for the Nintendo Switch platform. The game lets four players to select a fighter in the game and then fight against each other using a vast variety of extendable arms to knock out opponents. The knockout happens in a 3D arena, making it stand out compared to other conventional fighting games. There are four basic fighting functions of attacking that players can use through their selected fighters; throwing, blocking and dodging with their respective fighters. Here we will find out how to unlock Arms.

There are a total of 270 arms in the game. To get all of them, you must have enough in-game currency and then must play the Arm-Getter mini game. This guide will show how to unlock these arms in the game.

ARMS How To Unlock Arms Guide

Check out our Farming guide to see how to earn enough in-game currency. Once you have enough currency, read on.

Here is a break-up of the mini-game you need to play to get those arms.

In the mini-game, you need to hit the on-screen targets as fast as you can to advance to the next level. You will see a Gift Box or a Clock on the screen. Hit the clock to acquire the respective clock time based on the points you invested.

Hit the gift box to unlock an additional arm. Check the image on the back wall after this to see which arm you unlocked and which character in can be equipped on. Hit as many gift boxes as you can for getting maximum number of arms.