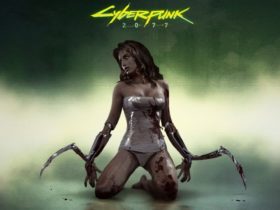 Cyberpunk 2077 Will Be Fucking Badass Game

These puzzles are tough ones in the game. When you find a piece of papyrus hidden in a location, the puzzle begins. Scouting an area from vantage points reveals the locations of these pieces. Once you solve the first puzzle, you will unlock the Elementary, My Dear Bayek achievement. This guide will provide a few hints on how to solve these puzzles in the game.

When you find a scroll, open up your inventory and look for it under the papyri button. Now, you can see the riddle’s text. It vaguely tells you where to go. You first need to figure out where exactly it is telling you to go. An approximate location would suffice at this point. Go to the location and open up the scroll again. The rest of the text gives you information about the exact location of the treasure. The animus pulse in your search could be of help here. Find the location and you will be rewarded with a legendary item and some currency.

Previous Assassin’s Creed games had similar puzzles and you used to get the Master Assassin outfit for finishing them. It’s possible this game rewards you with the same but unless we finish them all, we can’t be certain about it. So that is the Assassin’s Creed Origins Elementary My Dear Bayek Papyrus Puzzle guide.