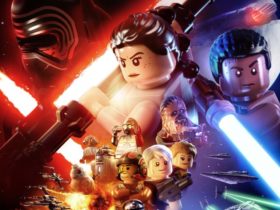 Here we are going to talk about one more Papyrus puzzle, Assassin’s Creed Origins Fallen Friend Papyrus Puzzle solution. This much awaited game released on 27 Oct, 2017. Ubisoft Montreal developed AC Origins and the game is published by Ubisoft. It is a sequel to 2015’s Assassin’s Creed Syndicate. It is available for PC, PS4 and Xbox One. Set in Ancient Egypt during the Ptolemaic period. In Assassin’s Creed Origins, you play through the secret fictional history of real-world events. You also discover the origin of the conflict.

When you reach level 20 or above, you can start solving the Fallen Friend papyrus puzzle in Memphis. It is in the eastern part of the continent. This guide will show the solution of this particular papyrus puzzle in the game.

The scroll is in the northwestern part of the Temple Of Ptah. The papyrus is under a green foliage canopy on a wooden table with a chair.

Here is the Temple Of Ptah scroll description.

Two men stand guard on the Memphis eastern canal. The south one looks solemnly at his sunken friend. If you follow his gaze, you can find him and me on the river floor.

Head east towards the water and follow it. At the start of the canal leading to the temple are two white towers. You will find two large statues here corresponding to the two men described in the scroll. Sunken indicates that the treasure is underwater. You will notice a sunk ship nearby with its mast above the water. Go there and dive in. A sunken statue is just north from the mast hidden next to the foliage with a pile of wooden boards. Take the treasure.