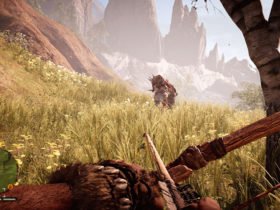 We finally got the gameplay trailer for one of the most anticipated games of 2017. During Microsoft’s E3 2017 slot, the game was shown off and it was shown hard. A very cinematic trailer and a little backstory of what the assassins are doing in Egypt and what we’re going to be up against.

While we pretty much knew that the game was going to be set up in Egypt, some information about why that decision was made was presented as well.

Without a doubt, the game looks promising; while the setting is unique as it is, what we’re excited for is the new gameplay mechanics and the storyline. For more updates regarding Assassin’s Creed: Origins and E3 2017, stay tuned.