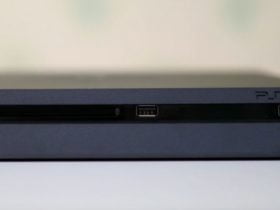 One of the side quests in the game is called New Kid In Town. It involves a lot of activities and one of the quest steps isn’t marked on the map, making things worse. This guide will show how to complete this side quest in the game.

Assassin’s Creed Origins Guide: How to Complete New Kid In Town Side Quest

You need to be at level 18 atleast first. Now, go to Letopolis, to the square in front of the temple and talk to the man in the white dress. He will send you off on this quest. Follow the marker and talk to Nehi. Follow the marker again to find the animals which turned out as bait for an ambush. You can either kill them all or you can just jump in the cart and run away.

Go back to Nehi and he will show you some hieroglyphs. You go to the politician, Ramessu now. He will say three other people also found the markings – a fishmonger, a rope maker and a fabric merchant. The locations of these three guys aren’t marked on the map and so you will have to use Senu to scout around. Find each of them and inspect the hieroglyphs in their homes. Now, you will get a message telling you to look west towards the pyramids. You need to find a certain Temple Of A Million Years.

This temple is southwest of Letopolis, halfway between the town and the border of Khensu’s Home. You can spot the stone lions. Go inside and investigate all highlighted areas. Go talk to Nehi again to finish this quest.