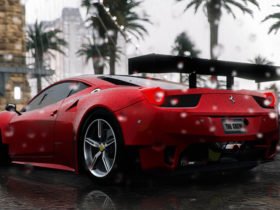 The Crew: Wild Run DLC available on Xbox One, PS4 and PC

This guide provides you Assassin’s Creed Origins Stone Circles locations. The action-adventure video game released on Oct 27, 2017 for PC, PS4 and Xbox One. It is developed by Ubisoft Montreal and published by Ubisoft. It is the 10th major instalment in the Assassin’s Creed franchise and the successor to Assassin’s Creed Syndicate. The game is set in Ancient Egypt during the Ptolemaic period and recounts real world events with bits and pieces of fiction thrown in.

Stone circles are found in certain locations in the game where you will have to solve a puzzle where you align the shape of a constellation with its position in the sky. There are twelve in total and you need to complete them all to get the Stargazer achievement. This guide will show the locations of these stone circles in the game.

The side quest encompassing this is known as Bayek’s Promise. The description says that after solving all 12 of the  puzzles, you will gain access to a long hidden secret. So, here are the locations. For now, only six of these locations are known so here they are.

Siwa area, in the desert southwest of the city with a ruined temple. Move the pieces a little to the left and down to make it look like a hook.

Iment Nome area, near the north border of the sync point. Rotate the pieces slightly and move a bit down and right to make it look like a dog.

On the peninsula in the Ka-Khem Nome, southeast of the sync point. Form the shape of a human figure lying on its side.

Northwest of the Qatar Depression before the mountains. The shape looks like a bird. Aim for the leftmost spot but do not rotate.

Northwest corner of Iment Nome near the highest point. Move it slightly to the left and rotate it a bit to form the shape of a scorpion.

Northwest from Euhemeria Harbour on the coast around 1.5 km away. The pieces form an M-shaped line. Rotate about 90 degrees clockwise and move a bit left and up.