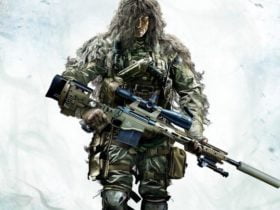 Thick Skin is a side quest in the game and it starts when Tanner’s wife sends you to help him and then he gives you a job. You will have to bring him animal skins in exchange for gold. These skins though are not easy to find and so, this guide will show how to finish this side quest in the game.

You need to be at least at level 13 to begin this quest. Tanner’s wife is near a clay furnace at Sau village in the Sap-Meh Nome area. Once you talk to her, go to the peninsula northwest from the village. You will have to defend Tanner from a crocodile here. Talk to him to begin the mission.

Crocodile eggs are dropped by crocodiles. Go to the western tip of the peninsula. There’s a crocodile lair there. Retreat quickly while filling them with arrows as they are quite tough enemies. Now, follow the coast to the north. You will reach a rock cave. This is the hyena lair. Kill them to get hyena ears. Make sure hyenas dont surround you.

Up on the cliff are a few vultures. Climb slowly and fire arrows. You need to kill only two for the vulture skulls. If somehow, they escape before you can kill two, go back and return when they are back on the cliff again.