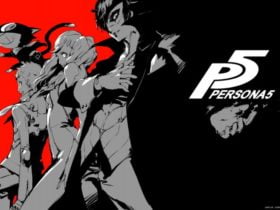 The heart throbbing anticipation of the gamer community is finally over as we saw the world premiere of the new Battlefield game today at 1:30 am. The trailer was everything we had expected, it has new gameplay elements, with improved graphics and effects. But, the biggest mystery which was answered is that the game is set in WW1. As the game is set in WW1 I am really interested to find out what EA and DICE have to offer us this time. From the looks of the trailer, I think it will be very interesting, especially the multiplayer.

This time, the 2 rival franchises have totally opposite in direction as COD has gone futuristic whereas Battlefield has gone to the 1900s. Battlefield has all the previous Land, air and naval combats including horses (Yay! we get horses.), a blimp too.

The game will be released on 21st October on all platforms and if you are not patient enough the game will have  3 days early release , an  early Enlister Deluxe Edition will be available for all platforms on October 18  and will include extra vehicles, weapons and emblems including the Red Baron Pack

Let’s see which game has more to offer us.

Have a look at the BATTLEFIELD 1 Official Trailer.