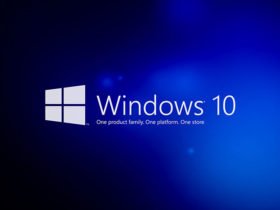 We hope that you are ready for the latest Battlefield 1’s May update to hit the game libraries soon. To showcase the update’s features, DICE will be holding a live stream event tomorrow in which they will be doing just that.

The lives stream will be an hour long and will start at 1 PM PT / 4 PM ET. Battlefield’s official twitter account posted the exact timings for the various geographical areas.

With the announcement a few months ago that Battlefield 1 will be getting monthly updates, the developers have really stay put to their word as the game is not only getting actively improved but new features which include maps, weapons and completely new concepts like Platoons have been implemented in a short period of time.

The next big expansion for Battlefield 1 will be “In The name of Tsar” will also be showcased in tomorrow’s live stream along with this month’s improvements. What makes this expansion one we are truly waiting for with all our hearts is that it will feature the Russian Army, this includes Russian vehicles, soldiers, weapons and more.

In the Name of Tsar will also be including something which we didn’t expect but completely agree with, Russian Women soldiers. Historically accurate, these women have been the part of “The battalion of Death” and were around 5,000 in number and will be replacing the Russian Scout class in the expansion.

Battlefield 1 is around 6 months old at this point and the game is getting better by the month. Like fine wine (AMD anyone?), the World War 1 shooter is making ranks among older fans as well as the new troops that join the platoon.

Call of Duty: World War 2 will also be coming out this year in November, and we hope to see a nice competition between the two olden games.