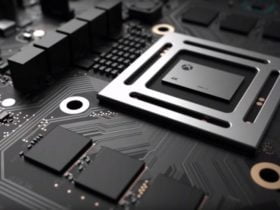 With E3 right around the corner, the time for rumors is here, much like it is every year. This time however, we may see Bethesda’s latest sci-fi Role Playing Game in the works. The announcement for the game may be at the Expo, and judging from the intensity of the rumors, it’s something big.

With Bethesda, you can always expect something massive; from the Fallout series to the Elder Scrolls, we’ve seen quality time and time again. Apparently, the development for the game had started after the release of Fallout 4 and was in the conceptual stage at the time of Fallout 3.

The game is going to be a sci fi open world RPG in typical bethesda first person fashion. Its going to feature 5-10 races there’s still some debate on what should and shouldn’t go in and takes place in the Fallout universe just so far in the future and far away from earth that it’ll only be mentioned in hints. This is part of an ongoing planned interconnected universe of every Bethesda franchise. They gave hints of this by implying the Brotherhood of Steel created nirnroot in Fallout 4. They’re getting a little wacky with the lore and using “Elder Scrolls time wounds” to justify lore inconsistencies.

The game will feature space travel and hub worlds as well as RNG worlds. Its meant to be a test into more sandboxy/minecraft ish AAA thing but with Bethesda gameplay and still actual designed worlds/quests/etc.

We’re also seeing another sci-fi game called Cyber Punk 2077; while starfield will be a completely different thing, the two games will have a similar enough tone.