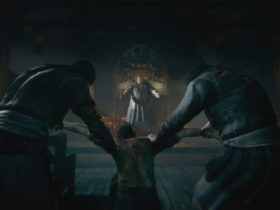 2K Games have officially announced the BioShock: The Collection. It will include the original Bioshock, Bioshock 2, as well as Bioshock: Infinite. Being developed by Blind Squirrel Games, the collection will be out this September 13 on PC, PS4 and Xbox One with a price tag of $60. The games will be visually upgraded with to meet current gen standards and won’t feature Bioshock 2’s multiplayer. Other goodies include a never-before-seen video series called ‘Director’s Commentary: Imagining BioShock’.

The remastered version has been on the rumor mill since a few days. BioShock: The Collection was first spotted on various rating boards around the world including the Entertainment Software Rating Board (ESRB).

Recently a number of images were spotted on the publisher’s servers and have been taken down since then. AllGamesDelta reported a mention of the collection on 2K’s website and cover art posted on the 2K servers. NeoGAF user Khwaah also found a bunch of screenshots on the server which had “The Collection” in their file names.

All this certainly points to an incoming announcement soon. The collection is said to include the original game and its two sequels.

BioShock: The Collection is expected to release on PC, PS4 and Xbox One.