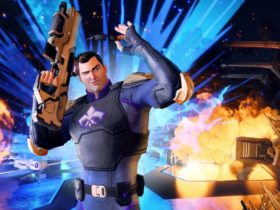 Let’s find out about Call Of Duty WW2 explanation Of Cod Points. Call of Duty WW2 released on Nov 3, 2017 marking the 14th installment, Call of Duty WW2 is developed by Sledgehammer Games and published by Activision. The game is available on platforms Xbox One, PS4 and PC. Focuses on a time period during WW2 and a squad in the 1st Infantry Division and their battles on the Western Front.

When the game was initially launched, the Cod Points system was not available but it is now. It is a sort of a microtransaction currency in the game. This guide will explain these Points in the game.

You can purchase Cod Points with real money which can then be exchanged for a certain amount of Supply Drops in the Headquarters social space in the multiplayer mode. It is unknown at present how much money is required to get a certain amount of Cod Points but educated guesses suggest that the points will be available in bundles instead of just one standard amount.

Normally, getting these drops is randomised but with this Cod Points system, you get to choose which one you want to purchase. Be aware though that the contents of the drops are still randomised so this could also mean you getting useless gear with real money.

You may like to read Call of Duty WW2 Multiplayer Modes Guide.