Home Guides Call Of Duty WW2 Guide: Multiplayer Best Weapons and How to Level Them Up 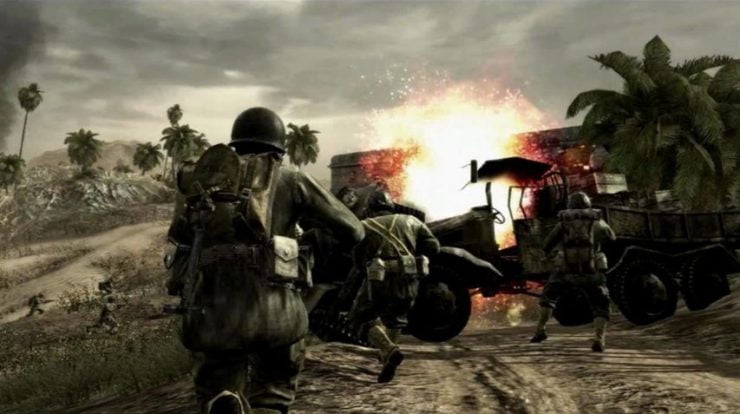 Here we will see COD WW2 Multiplayer best weapons and how to level them up. COD WW2 is the 14th installment in the series. It is developed by Sledgehammer Games and published by Activision. COD WW2 is set on a time period during WW2. It released on Nov 3, 2017 for PC, PS4 and Xbox One.

Better weapons are the key to success in this game’s multiplayer mode as if even if you are a skilled player, equipping ordinary weapons will still make you easy pickings for others. This guide will list out the best weapons to use in multiplayer mode as well as how to level them up.

At the moment, this weapon is favoured by most of the members of the community. It lacks in firing speed but makes up for that with its tremendous firing damage. It is also very accurate and becomes even deadlier with the use of scopes.

This is the base LMG you unlock. When firing from medium to long range, this is a great weapon. It lacks in firepower but has a good range and accuracy. It’s best used when you are out in the open.

This is the base rifle you start out with and it is surprising how a base weapon is the choice of many community members. But equip a decent stabiliser and scope to it and you will see it is a great weapon for close to medium range.

It lacks range and damage but it has a great firing speed and accuracy. Its a very lethal weapon at close quarters so dashers may want to use this one.

You can unlock this only when you have Prestiged for the first time. So you will need to do a lot of grinding to reach the upper levels but when you do, you can get this amazing weapon.

Above listed are some of the weapons we discovered. However, you can discover what suits you by yourself by heading down to the bottom of the Headquarters Area near the bench and use the 1v1 Pit. Here, you face off against a single player in one-on-one combat with both of you having three lives each. The winner takes on the next challenger. This mode is a great way to discover new weapons and find out which one best suits you. You have no interruptions as you have only one opponent.

Now, how to level up weapons in Call of Duty WW2

Hence, keep playing with the weapon of your choice to level it up and unlock all these attachments. Now you know about Call Of Duty WW2 Multiplayer best weapons and how to level them up. You may also like Call of Duty WW2 Best Rifles.