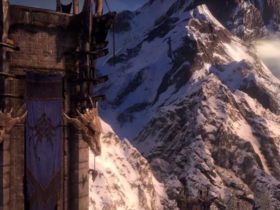 COD Warzone released this March 2020 for PC, PS4 and Xbox One. A free-to-play battle royale game, it is part of COD Modern Warfare that released in 2019. But you won’t need to purchase it play Warzone. Here are all the details about Call of Duty Warzone perks, how many types of COD Warzone perks are there and their features. There are 3 categories of perks – Red, Blue and Yellow. There are a total of 18 perks.

Cold-Blooded – Thermal Optics and AI targeting system cannot detect it. But can be seen by Recon drones, although they can’t mark it. However, it does not set off High Alert warning.

Kill Chain –  The changes of getting killstreaks in supply boxes increases.

Quick Fix –The health regeneration delay after each kill is removed and it starts instantly and doubles the rate.

High Alert – Very useful for Sniper type loadouts. Alerts you are in the sight of an enemy and your vision starts pulsating and it’s a single to escape from the enemy’s sight. In multiplayer mode, chopper gunners controlled by enemies, IAVs, wheelsons and APCs activates the pulsating.

Ghost – Invisible to UAVs, Heartbeat Sensor and Radar Drones. But visible to Advanced UAV, although direction is removed. It can be also detected on killstreak radar when a weapon is fired.

Pointman – This is for all as with this perk every team member gets to earn more money from completed missions. In the multiplayer mode, this perk coverts the killstreaks into scorestreaks.

Amped – Increases the speed to weapon swap (except swap between knife and pistol) and rocket launcher reload.

Spotter – Lets you see through wall and mark the enemy equipment, field upgrades and killstreak. Only exception is the Advanced UAVs. However, UAVs cannot mark it.

Shrapnel – Lets you have an extra piece of lethal equipment and it delays enemy health regeneration by 3 sec by causing explosive damage.