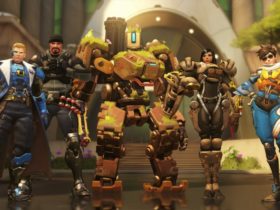 To play your best, you need to know the best weapons in addition to other tactics. Here we are listing out Call of Duty WW2 best rifles. COD WW2, the 14th installment in the series, released on Nov 3, 2017 for PC, PS4 and Xbox One. It is developed by Sledgehammer Games and published by Activision.

Call Of Duty WW2 Best Rifles in the Game

Rifles basically have more firepower than SMGs but not as much as LMGS or shotguns. They also have a good fire rate, great reload speed  and good accuracy.

It is one of the best weapons in any class. Though lacking in accuracy, a good marksman will find its firepower quite astounding with a decent fire rate as well. Attach steady aim to increase accuracy and its a deadly weapon. Team Deathmatch and Free-For-All game modes are ideal ones to equip this rifle in. Its also great for holding an area like in Domination or Hard Point.

It does not have as much power as the BAR but has a very good fire rate. It is best used in close quarters unless you level it up and attach steady aim and other accuracy enhancing attachments. Kill Confirmed and War multiplayer modes are great ones to use this weapon in mainly because of the shoot-to-kill scenarios.

This is the first rifle you start out with. This weapon has the best fire rate out of every rifle. It also has a good damage and accuracy so it can be used in pretty much every multiplayer mode. Its great for taking out players in Deathmatch games as well as for defending a point in either Hardpoint or Domination.

A player with a really good reaction time will find this rifle very useful. It is a semi-automatic weapon and a good marksman can take out players with it in just two shots. This weapon works best in an open field.

July 29, 2020
Load More
Please support this website by adding us to your whitelist in your ad blocker. Ads are what helps us bring you premium content! Thank you!