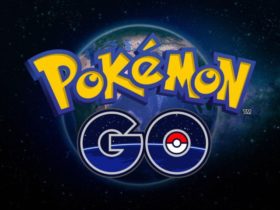 Pokemon GO Guide: How to Become Gym Leader and Claim the Gym

Call of Duty WW2, the much awaited game, released on Nov 3, 2017. This guide gives you details about Call of Duty WW2 multiplayer modes. Marking the 14th installment, Call of Duty WW2 is developed by Sledgehammer Games and published by Activision for Xbox One, PS4 and PC. Focuses on a time period during WW2 and a squad in the 1st Infantry Division and their battles on the Western Front.

The standard mode for all COD games, you simply have to kill enemy players faster than they can kill your team. Do not stray too far from your team as strength in numbers is important. Do not keep dying as that will just gift points to the other team.

Both teams fight to control a single point in the game and the team which is currently occupying the spot earns points. The zone is not fixed, it will change in accordance with a timer visible on the screen so pay attention to that. It is not predictable where the zone will move to next so its a good idea to always move out when the time is about to expire, even if you are holding the zone.

Attackers and defenders have to assault or defend multiple stages on a single map respectively. If your team are attackers, you have to capture a zone, gradually build a bridge, then plant and defend a bomb till it goes off. Lastly, you will have to escort a tank to the end of the map. The defending team can win if they hold off the attackers long enough at any point till the time expires. It is a new multiplayer mode in the series and a bit complicated so play it to get an idea.

SnD, the standard competitive mode for the COD franchise is available in this game too. This pits two teams up to six players on each to take turns to plant and defend the bomb. This mode requires a lot of teamwork.

Two teams of six players compete for a ball and carry it to the other team’s goal. You always have the location of the person carrying the ball so go after him always.

Here, you need to collect dog tags of every enemy you kill to count your points. Enemies can recover your team’s dog tags but you can also pick up your fallen comrades’ dog tags.

A quick game, there is just one single rule. Kill anything that moves. Of course, you have many targets to choose from but you are the target of many as well. Stay in cover at all times and keep your head on a swivel. Whenever you kill someone, get out of that spot immediately as a nearby player may have heard the gunshot and is most likely moving in on your location.

Now you have the list and the details of all Call Of Duty WW2 multiplayer modes.