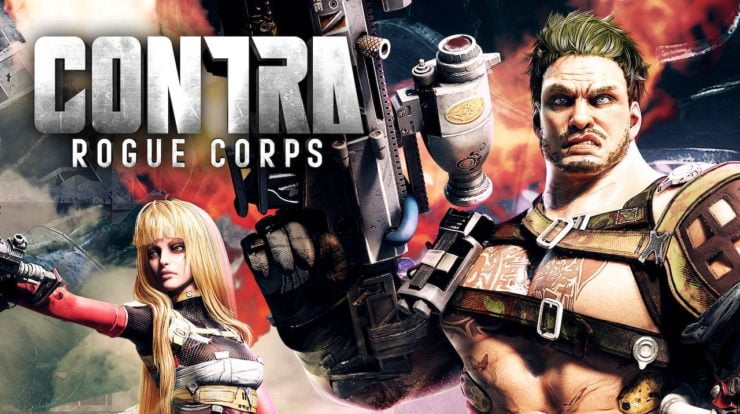 Konami Digital Entertainment is back with the most awaited and the most nostalgic franchise ever – Contra. Contra Rogue Corps is the new feature by the industry that turned 32 this year. It is an over the top run and gun mode of game that inculcates some severe gaming action. The graphics are intense and include ultra-violent gameplay as well.

The game has single as well as multiplayer option. Multiplayer can be both local and global co-op in a team of maximum 4. You get to choose from 5 characters each with their looks and combat style.The in-game characters can be customized with bionic parts that are earned in-game. The artillery provided will have a lot to choose from. There are more than 100 weapons that can be built in Contra Rogue Corps.

The plot is set in the Damned City that erupted from the final battleground, 2 years from the Contra III Alien Wars. Amidst this we have our characters trying to become the hero and save the world.

The in-game characters are:

One important thing to note is that Keyboard and Mouse support is not there and a controller is a must to play this game.

You can watch the official trailer below:

The franchise itself brings so much of memories and is expected to stand on the expectations ever build. The gaming has a beautiful blend of the old shooting graphics and the new 3D environment. The game has more violence and gore than the previous games.

The developer describes the game as:

The game is full of obscene language, insults, gore and general off color humor to that reflects the nature of such a group of individuals. Some examples include:
– Player can also shoot another player. This can be done during a multiplayer match. Human opponent collapses to the ground when life bar is depleted. Player can then pick them up and throw them into the saw machine.
– Enemy corpse is blown upwards onto the players screen during an explosion.

Surely this isn’t the Contra we used to play. But overall it’s a must have for those who have ever dreamt of playing Contra again. This time it’s being served a bit too hot!