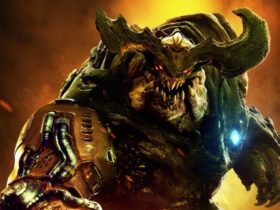 Crash Bandicoot N. Sane Trilogy is your roller coaster ride to the 90s nostalgia. The trilogy features the remastered versions of the first three titles in the series: Crash Bandicoot, Cortex Strikes Back, and Warped. The games were originally made by Naughty Dog for the PlayStation in the 1990s. It’s now available on the PS4 to download. The game met with positive reception from fans as well as critics upon its release.

Crash Bandicoot has several boss battles throughout the campaign. This guide tells you how to defeat Dr. Nitrius Brio in the battle.

How To Defeat Dr. Nitrius Brio

Dr. Nitrius Brio uses two chemicals to attack. The green chemical turns it into a green monster. Avoid it when it lands first and then jump on it quickly to successfully hit the boss. His second chemical is a purple chemical. Just avoid it. After six hits, he will drink some chemical and turn huge. He will slam down his arms and cause some blocks to fall down. Jump onto the last block. As Dr. Nitrius approaches towards you, quickly jump on its head. Do this for three times which makes him fall out of the window and be defeated.

You can also read about How to Unlock Every Secret Level in Crash Bandicoot N. Sane Trilogy.