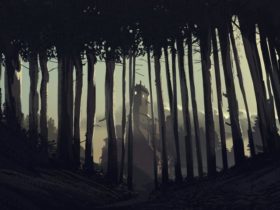 Bungie has released an all new update for Destiny. The Destiny 2.0.2 update includes many fixes including the Nightstalker abilities. With this patch, players are now also allowed to purchase weapons from Banshee-44 with Glimmer. The Iron Banner PvP multiplayer tournament is also live once again.

According to Bungie, Quality of life in the Crucible is about to become more Legendary. Weapon parts are also back with other changes that impact activities and items.

The entire changelog can be found below.