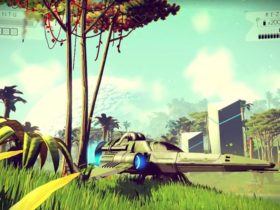 Curse Of Osiris is Destiny 2’s recent DLC. Here we will see how to get Curse Of Osiris Treasure Chests. Destiny 2, the online-only multiplayer first-person shooter game, released for PS4 and Xbox One in 2017. The game is developed by Bungie and published by Activision. The game was released for Microsoft Windows version one month later, in November 2017. Destiny 2, a sequel to the 2014 game, is set in a “mythic science fiction” world.

Destiny 2 Curse Of Osiris: How To Get Important Treasure Chests

Let’s find out about how to get the Curse Of Osiris DLC chests. Follow the guide to get those chests. First up, a hidden gold chest. You must first finish the Five Compelling Books in the right order. After the prompt appears, examine them when you are close to them.

These are the five locations in the Lighthouse of the five books.

Collect these books in the proper sequence and the Decryption Conflux Activated message will prompt. The conflux can be found on the right side of the Lighthouse area. Interact with it to unlock the door and get the secret gold chest.

Now, a hidden chest in Eater Of Worlds raid lair. This is found just before you enter the arena for the final boss fight. After you are thrown in the open area, there are six rings you can drop through. Activate all six rings between the whole team to get the chest.

That’s all about Destiny 2 Curse Of Osiris Treasure Chests details.