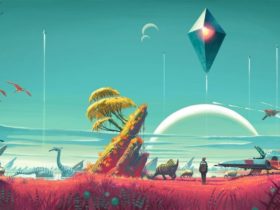 Destiny 2 is the sequel to 2014 Destiny game. It is releasing for PC in October 2017. Here we will explain about Destiny 2 Glimmer guide and how to earn Glimmer. This online-only multiplayer first-person shooter game released on 6 Sep 2017 for PS4 and Xbox One.

You can see Glimmer fill up quite quickly but its equivocal on where to use it. However, once you figure that out, acquiring Glimmer becomes difficult. This guide will explain Glimmer, how to earn and spend it.

It costs 5,000 Glimmer to install one Legendary mod but since Glimmer is so abundant, you might as well should spend it. Don’t ever let the Glimmer cap reach full. Keep spending them as they come.

You can also purchase Treasure Maps and Scout Reports from Cayde-6, which leads to a variety of other rewards.

Now, how to earn Glimmer?

The best method is to grind out on Public Events on a planet of your choice. You earn around 10 Glimmer for each enemy defeated and around 120 Glimmer per mini-boss. The direct reward for Public Events is a whopping 700 Glimmer with a potential of more if they are heroic. You also get a few Engrams here and at least one blue piece of equipment per event. Dismantle these blue items to earn 100 Glimmer.