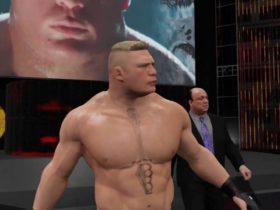 Destiny 2 is releasing in Sep 2017 for PS4 and Xbox One. The PC version will come in October 2017. Destiny 2 is online-only multiplayer first-person shooter video game. Bungle and in assistance, Vicarious Visions and High Moon Studios, have worked in the development of this game. The game will be published by Activision. The Destiny 2 console beta game is available to play right now. Destiny 2 Guide: Game Modes Guide

There are different modes in the game and newbies may find it complicated. Hence, this guide will describe the various game modes in this game.

This features two teams, trying to capture and hold three points around the map. These points is all over the map. The enemy team can flank these team. Do not go about killing enemy players mindlessly.

You will win only if you are able to control the points in the map. Split up. Send two groups of two players to different control points. It is nearly impossible to control all three points at once so it is ok if you gain a control point at the expense of another.

In the countdown mode, there will be 2 teams of 4 guardians. They will be take turns in planting and defusing bombs. This is basically like the search and destroy mode of call of duty games so if you have played those games, you know how this works.

A round is won or lost whenever a bomb is successfully planted and defended or defused or when an entire team is wiped out. You do not respawn here so put a price on your life. Reviving your teammates is crucial. Guard two sites with two guardians each when defending. When you are on the offensive, group together and plant the bomb.

Read More: Destiny 2 Guide: The Farm Guide Everything You Need to Know