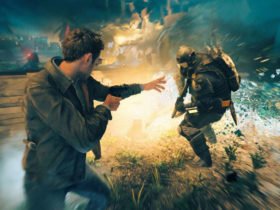 Here we will talk about Destiny 2 lost sectors locations and loot rewards. Destiny 2 is coming out for Microsoft Windows in October 2017. The PS4 and Xbox One version of Destiny 2, the online-only multiplayer first-person shooter game released on 6 Sep 2017.

Lost Sectors in the game are mini-dungeons that you find after exploring each Patrol Area. Each such sector comes with many enemies and things to find. There are a total of 27 such dungeons spread across the planets. This guide will list out the locations of these lost sectors and explain the loot rewards.

A certain symbol painted on a wall indicates that a lost sector is nearby. Now, you need to find the entrance. You will then need to defeat all enemies inside including a mini-boss. You can then take the loot chest at the end at take its contents.

The game does not give a Power Level suggestion to tackle these dungeons. If you feel some are difficult, grind out a few levels and then return back to challenge the dungeon again. Here is the dungeon list.

Read more about Destiny 2:
Destiny 2 Adventures List and How to Complete them
Destiny 2 How to Unlock Exclusive PS4 Content