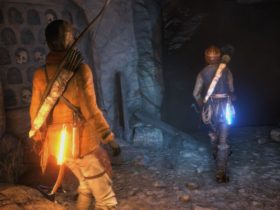 Destiny 2 is an online-only multiplayer first-person shooter video game releasing for PS4 and Xbox One in September this year. The game will be released for PC in August. It is developed by Bungie and in assistance, Vicarious Visions and High Moon Studios. This game is 2014 Destiny’s sequel. Here we will talk about Destiny 2 Maps Guide. We will see about Endless Vale, Midtown Crucible and Vostok Crucible.

There are different maps in the game and knowing every nook and cranny of these maps may be the determining factor of your team’s victory or defeat. This guide will describe the maps available to play in the game.

It is set on Nessus. The map is filled with Vex architecture and contains red alien fauna. In Control mode, point B is in the centre of the map. There is a path leading under the rest of the map nearby. This is a good route for flanking and keeps one team from dominating the match.

The control point B is a hot zone. Power ammo is a short distance away on both sides of this point and the special ammo is right near this point. So, expect a lot of firefights around this area.

Control point B is in the centre in the raised courtyard between the two towers. This is expected to be a big war zone. Now the two towers can be entered and they serve as excellent sniping points. These will be on each side of the fortress. These spots overlook a large portion of the map so this map will feature mostly long range battles. There is a Gondola Station on one side of this map with another control point and more sniping spots. You will need to always be in cover in this map to avoid getting sniped.

The map is of a city with small streets leading to open squares with vehicles around the map, for cover.

In a rug store, you can find one of the bomb sites. Near this bomb site which will be near about the map’s center, you will also find 2 spots of power ammo.