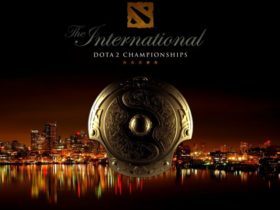 The fourth expansion for the first person shooter game Destiny, Rise Of Iron was released on 20 Sep 2016 for PS4 and Xbox One. The game revolves around the fallen enemy race as they have breached the wall that surrounds Earth’s last safe city.

This guide will show how to find Isenfyre tokens and where to use them.

How to Find and Use Isenfyre Tokens

This item is found after Wrath Of The Machine raid at the end.

Once you get the token, head over to the Iron Temple. Go to the big fire in the middle of the area and interact with it. Make sure that your back is towards Lord Saladin and Tyra Karn when presenting the Isenfyre Token.

After this, the player can go to a tower overlooking the King Of The Mountain quest area. Grab the Dormant SIVA Cluster before going to the new area.