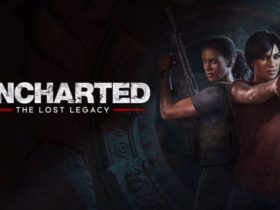 Divinity Original Sin 2 release worldwide on Sep 14 this year, It is developed and published by Larian Studios for PC. The game is set at a time which is centuries after the Divinity: Original Sin timeline. Here you will find all Divinity Original Sin 2 merchants locations details. The game has received very good response. You can do a lot in the game. From selecting origin story of characters, race, do crafting, manipulate the environment and much more. For now let’s check out merchants locations.

There are many merchants in Divinity: Original Sin 2. They will sell you many different items. So this Divinity Original Sin 2 merchants locations guide will make your search for these merchants easier.

You can find Rezik on the outside of West side of Fort Joy Room. Rezik will be found in a tent in this area where the Camp Boss Girff is present. This merchant is a Hydrosophist Book Vendor.

Bahara is a Lizard and the Huntsman Merchant. You can find Bahara at the entrance of the Seeker’s Hideout. Bahara is posted there as a guard.

Exter is Scoundrel Merchant and he is located between the eastern entrance of the Seeker’s Hideout and the shrine that looks at Exter’s maps.

In order to buy items from Gareth, he first needs to be saved. He is Warfare and Geomancer Merchant. He can be usually be found wandering around in the camp and having little talks with people. Look out for Gareth near Exter or the tent with the wounded people.

Look out for Gratiana, the Aerotheurge Merchant, at the shelter shrine. The shrine is on the south side of the Seeker’s Hideout.

Kerban, the Necromancer Merchant, can be found on the west side of the Seeker’s Hideout. It will be close to the shelter shrine. Kerban sells traditional items like weapons, armor, trinkets, and arrows.

Samadel, Pyrokinetic Merchant and a Lizard can be found next to Simone on the north side of the Seeker’s Hideout.

That was list of Divinity Original Sin 2 Merchants locations. Go get them and buy awesome items from these merchants.