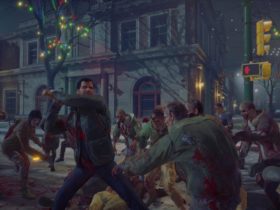 Dead Rising 4 Guide: How To Save Game

Divinity Original Sin 2 is Larian Studio’s role-playing game. The game has been received well. It released on Sep 14, 2017. Here we will point out some Divinity Original Sin 2 tips and tricks. The game’s timeline is set many centuries after the first Divinity: Original Sin. At this point of time there are wars and religious persecution. There is fight between the Bishop Alexandar and the Sourcerers.

There are lot of things that you can do in Divinity Original Sin 2. You can select the race, stats and origin story of the your character at the beginning of the game. For multiplayer modes, you can also recruit up to three companions and these can become playable characters. In multiplayer modes, there can be up to 3 other players who can assist or compete each other. Depending on what backstory you select at the beginning of the game, the environment can also be altered. You can do many more in the game.

Here are few Divinity Original Sin 2 tips that can help you play and win early..

You will find a lot of Bedroll items on the boat that you start with. You should pick them. Bedroll can help in healing your party when not in combat. And this healing will be at no cost. A single Bedroll can heal an entire party. It’s pretty faster that you casting Regeneration on everyone.

Like every skill in the game, Summoning Magic can be very helpful. Incarnates can create distractions and they are powerful. For instance, depending on the surface, Incarnate skill summons an ally for you. More than the power, the incarnates prove beneficial. More allies with make your winning easier. You can give ability to incarnate to someone with only level 1 of Summoning.

Try to Get Teleportation Gloves

The gloves are very useful. The earlier you get, the better. You get complete access to full version of the Teleportation spell with teleportation gloves. You can use it to move enemies around the battlefield, drop these enemies into fire. It can also help you bring mages near to your fighters. It can help you go through gaps which are not possible to walk across. There is even more use of teleportation gloves. With it, objects can be moved back and forth and teleport traps can be fully removed from your way.

Crime can be beneficial in Divinity Original Sin 2

Doing crimes like stealing, killing the rich or pick-pocketing can be useful in Divinity Original Sin 2. These actions will get you lot of things which you can then sell to a merchant and earn. This sounds good, isn’t it? But there is a catch. Doing too much of these activities can land you in trouble. You may get noticed and called by NPCs and Guards. If you kill NPCs, it may alert other NPCs when they find the body and you may get caught. So be careful.

Crafting System Can be Very Useful

Crafting system can have several benefits. For instance, cooking food. Food will heal your health percentage which is good for you all the while you play the game There are other uses like stats or resistances. Food will help in combat and as it is in abundance, you can stock up a lot and make use of them while in a combat. It can even help you play through tough boss fight.

You will find that a little black cat is following you. It’s fine and you can let it follow it. But when you are in front of the gate of Fort Joy Prison to the east of the camp and you walk past the guards, the black cat will be killed by one of the archers. You have to make sure the cat is not killed. While escaping the camp, it will join you as a pet. Now since it can not be killed in a combat, you can use it to switch places in battle, though it will also become a target in combats.

That may sound weird at the moment. But here is what happens. When you find a merchant that you like and would like to do a lot of business in the future, giving gifts to him can be profitable in the long run. As you gift the mechart something valuable, without balancing out the gold, you create an option to earn more later. When later you come and sell items, you get a higher value for the items. You can even buy the items at very less value when  the merchants’ stock refills.

It will simply being very good experience as you can, at certain points in the game, talk to animals for quests and even for other things. It will make the adventure worth more enjoyable.

In Divinity: Original Sin 2 you can do things differently than other RPG games. You can level up two or three combat abilities. So mix and match different abilities and skills to make yourself very strong.

Hydrosophist ability is awesome but so is Regeneration. It will serve as your survivor in the big part of the game and is your basic healing spell. As there is lot of damage in the game, it is important to heal quickly to get to back into the game and move ahead. Regeneration can help you in removing flames. It has long cooldown in combat. So if there are two characters with access to it, things will get easier.

Divinity: Original Sin 2’s autosave won’t be very useful as the game is not very easy to play even in the Classic Mode. So initially when you start, it is better to generously use quicksave button. It can be useful for you and your party.