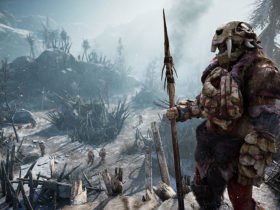 E3 2018, one of the major events for the gaming industry and gamers is coming soon. The event is organized by Entertainment Software Association. This year’s Electronic Entertainment Expo will be the 24th E3 event. E3 will be held from 12 June – 14 June this year. Like always the anticipation from E3 is high. Gamers will be looking forward to some thrilling announcements. The Hardware manufacturers and game developers and publishers will be excited equally to present the latest and enthralling products to the attendees at Los Angeles Convention Center and the world.

E3 2018 will be offering public passes, just like E2 2017. It’s only that this time the access to the public pass holders will be given few hours later than the industry pass holders. The show hours are given below, as published by E3 official site. This year there are 1000 public passes or Gamer passes sold.

We have big announcements coming from the gaming giants this E3 2018. Take a look at some of the notable games announcements to look forwards to.

We will have Electronic Arts announce a new Battlefield game during E3 2018. It will be interesting to watch what is in this new version of the game. We will also have Anthem, which for now is said to be pushed to Q1 2019.

Epic Games will have a Fortnite Battle Royale event which is pretty much exciting news in itself.

Forza Horizon 4 will most likely be revealed during E3 2018. So there will be another Forza game from Microsoft Studios.

The Last of Us Part II from Sony. The game will be available for PS4.

Tom Clancy’s The Division 2 details will be out in E3. This has to be a treat to those who loved The Division.

Save the Date, #UbiE3 is coming! Join us on June 11, from 1pm PT.
More to come, stay tuned… pic.twitter.com/0WcPSSiQv2

Farming Simulator 19. It will be for PlayStation 4, Microsoft Windows and Xbox One.

February 27, 2021
Load More
Please support this website by adding us to your whitelist in your ad blocker. Ads are what helps us bring you premium content! Thank you!