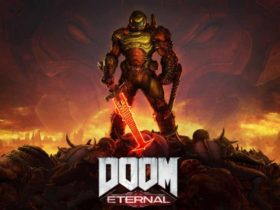 How to Fix Doom Eternal Errors-Crash, Save File, No Sound, Low FPS and more

If there’s anything we were expecting at the least, it’s a mobile game based on the Tom Clancy’s characters. Come on Ubisoft, all we asked for is a new Splinter Cell game to waste hours in.

Tom Clancy’s Elite Squad is a mobile game coming for the Android and iOS platform. Featuring all the major characters from the military themed franchise, it lets players team up with others in online PvP battles or the offline story mode.

The characters include both protagonists and villains such as Sam Fisher, Montagne, Caveira, Nomad, and El Sueño. They are recruited by players to form five-man teams to play in either of the modes.

Visually, the game uses a semi top-down perspective with cartoon-like character models and environments. Each character has his/her specials skills and abilities with different weapons. Players can take advantage of barriers as cover during battles just like the mainstream Tom Clancy’s games.

Tom Clancy’s Elite Squad is up for pre-registration at the official website. There is no concrete release date or pricing revealed. However, we expect it to be a free to play title with release being withing a couple of months. Stay tuned for more updates.