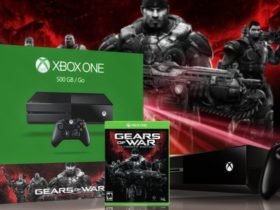 A Way Out is a co-op puzzle solving adventure game which is being developed by the creators of Brothers: A Tale of Two Sons. At the EA slot at E3 2017, this game was one of the most prominent reveals which have gotten the fans all giddy.

The basic purpose of the game is to play as an inseparable team in which both the characters (meaning the players) will reinforce each other through the game. There will be action, puzzle solving, stealth and more in this amazing new IP.

Tags: A Way Out Gaming news