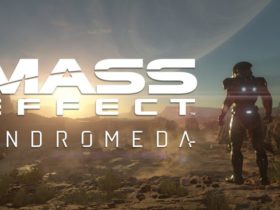 As promised last week, EA finally shed some light on what the upcoming DLC is all about.

They Shall Not Pass DLC was detailed in a recent trailer from EA which reveals many details. A YouTuber named Westie took time to break down the trailer and give us a better overview of the contents.

Among vehicles, we have the new Char 2C Super Heavy Tank and St. Chamond tank of the French Army. A new short barreled stationary weapon called the Siege Howitzer will take the place of Field Guns across the map.

A new game mode is also promised which is a combination of Conquest and Rush modes. Frontlines mode will allow the two factions to play “tug of war” over objectives. When one army captures another’s HQ, the telegraph posts need to be attacked to stop communications and win the round.

They Shall Not Pass DLC arrives this March for PC and consoles. Battlefield 1 Premium Pass holders will once again have a 2-week early access to the content.

Meanwhile, you can watch the trailer below.