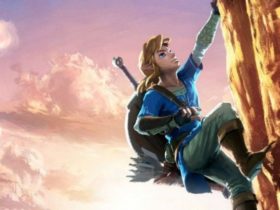 A good feature in Fallout 4 is companions. They are a great resource and depending on the player’s actions, the companions help them in more ways than one. Given below are a list of companions the player meets throughout the game.

Fallout 4 Guide: Where To Find All Companions

Dogmeat (Dog)
Dogmeat can be found shortly after exiting Vault 111 as the player heads back towards Sanctuary Hills.

Codsworth (Mister Handy Robot)
Codsworth is the Mister Handy that has been waiting for the character’s return for centuries.

Piper (Human Woman)
Piper is found in Diamond City. In fact, she’s the young woman that helps the player enter the city.

Nick Valentine (Synth Man)
This private eye is found in Vault 114 as part of the main quest Unlikely Valentine.

Paladin Danse (Synth Man)
This Brotherhood of Steel member can be recruited after clearing the Cambridge Police Station in Boston (not too far from Diamond City).

Deacon (Human Man)
Deacon can be recruited once the player make his/her way to the Railroad HQ in the Old North Church. He is a master of stealth and disguise

Cait (Human Woman)
Head over to the Combat Zone in Boston. Recruit Cait there, she’s a savage fighter and good at picking locks.

John Hancock (Ghoul Man)
He’s in Goodneighbor where he hangs out near Scollay Square.

MacCready (Human Man)
He is in the seedy town of Goodneighbor. Completing the quest Long Road Ahead will let the player bring him along during the journey.

Strong (Super Mutant)
During the quest Curtain Call, players will be able to free this Shakespeare-loving super mutant from a cell at the top of Trinity Tower.

Preston Garvey (Human Man)
Preston, leader in the Minutemen army, is found in Concord during the quest When Freedom Calls early on in the game.

Curie (Mrs. Handy Robot)
This companion can be found in Vault 81. She can even become the player’s girlfriend.

X6-88 (Synth Man)
X6-88 is obtained shortly after the player makes his/her way to the Institute as part of the main quest line in Fallout 4. He is excellent at long range.