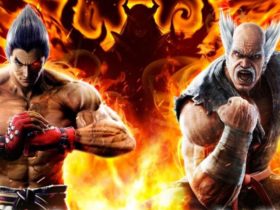 Gambits basically allows you to tell your party members what to do in combat. You can create a list of commands and functions and situations for each party member. Learn this system and you can take down enemies very easily. This guide will show how to use this feature in the game.

Initially you will get 2 gambits and the ability to unlock more in license boards. However the number of them you can use is less. Now, if all required conditions are fulfilled, the first one will be The first gambit will be first action of that character. If the not all requirements met, the gambit system will draw from your second gambit slot.

In a tough boss fight, activate and deactivate certain gambits during the battle which is a great strategy. This works very well in a balanced party with each character having a specific role. For example, turn off your healer’s offensive gambits and then switch to simply healing up the party.

These are some of the best gambits in the game and are available in the license boards.

For each place you go through, you should first create bespoke gambits. You should get gambits which can be used for different enemy types. Also to their weaknesses, you have to get Libra. Be sure to equip gambits and customise them according to the environment. This system is complicated so it may take you some time to get used to it but when you do, you will find the game becoming much easier.