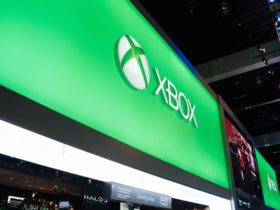 LOCATION 2
One more is on the hood of the white car with the black top. Go to the north side of the parking lot to reach the Square Enix Cafe. Go down the stairs and check the table on your left to get two medallions.

LOCATION 3
Find Cindy and Gladiolus chatting in the cafe. You will get three medallions if you approach them. Get two more from a food stall in the central square in a cooking pot.

LOCATION 4
On the wide stairs near the power plant, there are three more on a hidden crate. From an air duct near the plant’s entrance, pick up one medallion there.

LOCATION 5
In the southern part of the town is a person in a black bird costume. Sit next to him and chat with him to get three medallions. Now, go into the dark alley from the bench. There is a medallion on the ground next to the two whispering assassins.