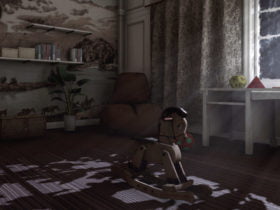 An open world action role-playing video game developed and published by Square Enix for the PS4 and Xbox One consoles, Final Fantasy XV was released on 29 Nov 2016 and it is in the fifteenth main installment in the Final Fantasy game series. The game has an open world environment and a battle system similar to the Kingdom Hearts series. The player has the ability to switch weapons and other elements such as vehicle travel and camping.

Chocobo is a ride in the game and the player needs to do certain things to unlock it. This guide will show how to unlock Chocobo in the game.

How to Unlock Chocobo in Final Fantasy XV

1. Take on the Friends Of A Feather quest when you reach Duscae. Prompto will mention Chocobo riding there.

2. Go to the Wiz Chocobo Outpost. There is a Behemoth named Deadeye in the vicinity.

3. Defeat the Behemoth and inform Wiz about it. Then, he will tell you the location of Chocobos available for rent.

5. Get your Chocobo. You can also customize your Chocobo and change its name. As you level up, more speed and stamina are added to the Chocobo.