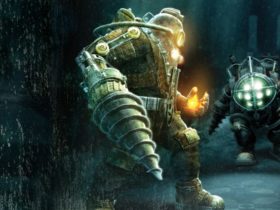 The sequel to the last year’s Swing Copters is out now on Google Play Store and iTunes.

It is developed by the Flappy Bird creator, DotGears. Swing Copters 2 follows the same brutal formula of the predecessor which in turn was similar to Flappy Bird itself.

The new entry introduces new ways to monetize the formula by charging players $0.99 or more for purchasing new characters or items.

Swing Copters 2 can be downloaded for Android and iOS from the following links: