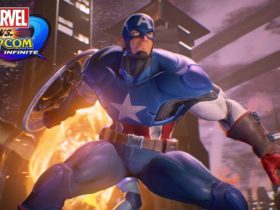 Microsoft is going to release a version of Forza 6: Apex on Windows 10.

A press conference was held last week where Microsoft revealed some of its about-to-be-released titles.

In the conference, Microsoft showed off Forza 6: Apex, a free, trimmed down version of last year’s Xbox One game that’ll be released this spring on the Windows 10 Store.

However, the game details like number of cars or tracks or anything were not mentioned.