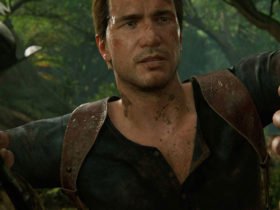 Friday The 13th: The Game brings back the feels of Paramount Pictures film franchise of the same name. Set in the same Camp Crystal Lake and in the mid-1980s, it is a survival horror video game. This multiplayer game pit one against seven others. One controls Jason and the others are control Camp Crystal Lake counselors. It is semi-open world game. It released in May 2017 for PC, PS4 and Xbox One. This guide is about how to level up fast in Friday The 13th: The Game.

If you want to play as Jason from different films or want to unlock new abilities and perks, you need CP which is earned by leveling up. This guide will show how to earn CP and level up in the game.

Friday The 13th Guide: How To Level Up Fast

The faster you level up, the faster you earn CP (Customisation Points). You get 500 CP for each level up. There is a downside though that you can choose to unlock either counselor perks or new execution methods for Jason. You don’t get to have both so make your choice according to the character(s) you play the most. The game also allows you to sell unneeded perks to get CP. You will only get around 100 or 200 CP for selling each perk but that is still a good deal.

How to level up Fast?

Basically, you get experience points (XP) for almost every action you perform. Barricading a door, fixing a car, fixing the phone box, etc. But the best way is still to complete and win a match. Even if you die first while playing as counselor, stick around till the end to get a huge XP bonus. It may be boring but after you die, grab some popcorn and spectate the match like watching a movie. Plus, there’s always a chance for you to get summoned back as Tommy Jarvis. If you get that chance, continue doing actions which reward XP and you will get a lot of XP from just one match. And if you can kill Jason, you get the maximum possible XP but as explained, that is not an easy task.

Read More
Friday The 13th Guide: How To Win Match As Counselor and Jason