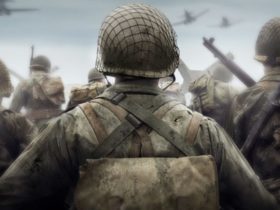 This gaming guide will help you pick characters. Friday the 13th: The Game is a survival horror video game based on Paramount Pictures’ film franchise of the same. The developer is IllFonic. The game released on May 26, 2017 and was published by Gun Media. It is playable on the platforms PC, PS4 and Xbox One. The game is set in the fictional camp of Crystal Lake in the mid-1980s. The same setting which was there in the franchise. The game pits one player playing as Jason Voorhees against others controlling camp counselors. This guide describes about how you can select character in the game.

The player can also play as Tommy Jarvis. Read our guide Friday The 13th Guide: How To Play As Tommy Jarvis to know more about it.

Friday The 13th Guide: How to Select Character

Select your spawn preference to increase your chances of playing as Jason in the game. However, note that most of the players also do this so your chances of playing as Jason are still random. If you really want to play as Jason, its a very slim chance you will get that while playing in a public server. Gather some friends and play a private match where you get to set who will play as who.

Read More
How to Fix Friday the 13th Game Errors: Crash, Black Screen Issue, DLL Error and More
Friday The 13th Guide: How To Kill Jason To Get Some Points