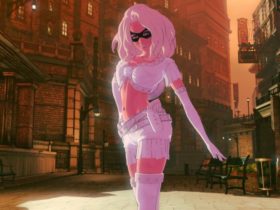 Developed by The Coalition and published by Microsoft Studios, Gears Of War 4 is the fifth installment in the Gears Of War franchise despite the title. It is the first entry to not be developed by Epic Games. The game is a third-person shooter game and it is currently available for Microsoft Windows and Xbox One. It was released on 11 October 2016.

There are many easter eggs in this game which are not only a reference to the previous Gears Of Wars game but they also refer to pop culture and Hollywood productions.

This guide will list out the easter eggs within the game.

Freeze Ray from Despicable Me

Play the Prologue on Insane game mode. Go to the immediate next room after you meet up with Dom. Reload your weapon once you reach there. Then leave the UIR soldier on the left side. Now run to the stairs on the right and go to the garage on your right. The gun is on a crate there.

This happens in Act 2, Chapter 2. Once you destroy all of the plants in the greenhouse, Marcus will go on a rant rampage. After that, you can get a Tomato grenade near the door.

This happens in the graveyard during Act 3, Chapter 2. There’s a gravestone with MA, R, I, A etched on it.

Check out the achievements list on Xbox One. There are many references to Game Of Thrones, Adventure Time, Mad Max, etc.