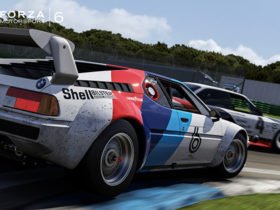 Earlier, a retail version was announced for Japan and Europe. Leading online store, Amazon has now listed a disc version of the game for February 9 release. It is available for pre-order now.

People who buy the digital version can download the game on December 10 in Japan, February 9 in North America and February 10 in Europe. It features the game including all the DLCs and the original Vita version.

Gravity Rush 2 was also announced for PS4 along with Gravity Rush Remastered at TGS in September.