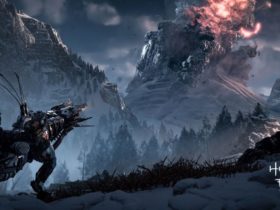 Halo 5, the Xbox One shooter’s will be coming out at the end of this month. Here is what the developer shared in 343’s latest weekly blog post status update.

“A wide variety of teams are hard at work to get their final work and polish completed,” 343 said. “These include the Warzone team, who are finishing up the PvE mode, the Warzone Boss Refresh we first mentioned in the last issue, and more.”

Here are all the Halo 5 expansions: