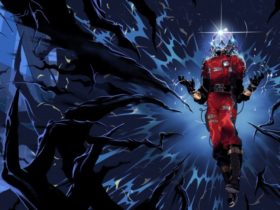 If you want to play Ninja Theory’s latest title, creatively named Hellblade Senua’s Sacrifice you can do so in August. The game will be releasing digitally for the PC and PlayStation 4. This game has been in the works for a while, and has now been confirmed for launch.

The game will release for GOG, Steam and PlayStation store and will not cost a fortune, coming at $29.99/€29.99/£24.99. There will also be pre-order bonuses for both the platforms, if you are on the PlayStation 4, you’ll get an exclusive theme; PC customers however, will get am exclusive digital comic.

As for the PC requirement’s For Hellblade Senua’s Sacrifice, directly from the game’s steam store listing:

In the game, you play as a celtic warrior who travels through the viking underworld of Hel (Hell?).

Hellblade: Senua’s Sacrifice comes from the makers of Heavenly Sword, Enslaved: Odyssey to the West, and DmC: Devil May Cry. It is the story of Senua, a traumatised Celtic warrior journeying into the Viking underworld of hel. Supported by Wellcome and created in collaboration with neuroscientists and people who experience psychosis, Hellblade: Senua’s Sacrifice will pull players deep into Senua’s mind.