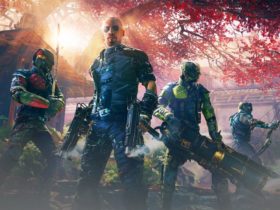 Horizon Zero Dawn is an open world RPG game. Horizon Zero Dawn, developed by Guerrilla Games, released worldwide in Feb 2017 for PS4. You play this open world game as Aloy. Here in this guide we will find the crafting resources farming locations in the game. Finding the resources locations will be very helpful in surviving difficult situations in the game. So let’s find out the locations.

In Horizon Zero Dawn, you will find five kinds of crafting resources which can be used for many purposes like doing trade with merchants, ammunition crafting, etc.

Corruption Glaze Root
Can be found in the wilderness and merchants.

Ridgewood
Can be found on all the trees in the game. Use them for crafting ammo and some you can save for trading with the merchant.

Metalburn
You can use this to craft corruption ammo. Located on Deathbringer, Merchants, Corrupted Machines, Corruptor.

Sparker
Found on machine and merchant back home. This is used to craft Shock ammo.

Ancient Ring
You can find it in the Ancient Ruins.

Reflective Ancient Charm
It can be located only on humans.

Ancient Toothpick
Look for it in the Ancient Ruins.

Desert Glass
Only on humans.

Watcher Lens
You can find it only on Watchers.

Sawtooth Heart
Found only on Sawtooth.