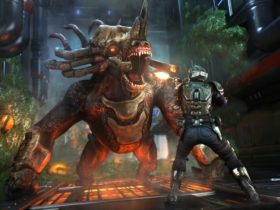 Natural Selection 2 is Free-to-Play this Weekend

Prey released in May 2017 for PC, PS4 and Xbox One. This first person action adventure game is developed by Arkane Studios and published by Bethesda Softworks. The player controls Morgan Yu, who have to survive and escape the space station Talos 1. In this article we are going to see all the common issues and how to fix Prey errors like crash, freezing, FPS issue and more,

Arkane’s previous game, Dishonored 2 gave sleepless nights to PC players with a lot of bugs and errors. With Prey, it’s the same situation. This guide will list out the common errors PC players are facing and how to fix them.

Have a look at the system requirements mentioned below before you go over to the error fixes’ section.

Before playing the game, make sure to download and install PREY Game Ready drivers – AMD, NVIDIA and GEFORCE.

Here is a list of the Prey graphics settings.

Perform a clean installation of the drivers. So far, updating the drivers from scratch has helped fix the issue for some users.

Make sure the Steam/ Xbox game controller support is enabled in the game.

Freezing issue sometimes happen due to overheating. Make sure you remove any peripherals that you are not using as this may also be a reason for freeze issue.

Delete the files mentioned below. These are located at /common/Prey/GameSDK/Videos.

How to Boost FPS in Prey

Now, we talk about how to boost the FPS. First, download RivaTuner Statistics Server. Input the desired framerate in the Framerate Limit box and press ENTER.

For Nvidia GPU players, force half-refresh rate vsync via Nvidia Inspector if you want to run the game at a value half to the refresh rate.

Some players have reported the game to crash every 15 minutes or so. In this case, just go to the Services tab in Task Manager and disable TabletInputService.

No Sound Error in Prey

There is also a bug where there is no speech, audio or dialogues in the game. For this, exit Steam and restart it to try and fix it. Or try a clean install of directx from Microsoft.

You can also change FOV setting. Follow these steps to change the FOV.

You can replace the value upto 120. But be aware that some errors may pop up should you choose to increase the FOV.

Here is a list of preset things in the PREY config file.

How to Disable Motion Blur in Prey

How to Disable Chromatic Aberration in Prey

That was all about how to fix Prey errors like Crash, FPS Issue, Freeze Issue, Black Screen error and more.