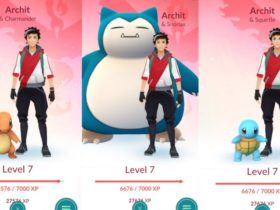 You have terrific gaming skills, but you lost the game because your wi-fi skipped a beat. Does this sound familiar? Well, this annoying problem is faced by many gamers. We will recommend you first to spare a few minutes in checking the enlisted issues. But before we jump into that, you might want to perform a wifi speed test.

If all of the tactics mentioned above are not working for you, then it’s time to change your router to enjoy maximum speed while gaming. Gaming routers prioritize the traffic while providing maximum bandwidth. You should know the specifications you should be looking up for in a WiFi router for gaming. Let’s explore.

Like many other tech gadgets, we have been seeing technological advancements in routers for years. You will come across many WiFi standards while searching for a gaming router. These are combinations of numbers and letters that represent the WiFi specifications. Every new standard brings more features with it.

WiFi 5 is commonly used worldwide by gamers as it provides 5 GHz bandwidth. However, WiFi 6 is the latest technology that offers 5Ghz bandwidth along with 2.4Ghz. So, it could work with old devices as well. Moreover, WiFi 6 boasts up to 40 percent in data packets – pieces of data sent through the internet. The larger data packet size means a more smooth gaming experience.

You may check out this list of best gaming routers currently available: https://www.mybestwirelessrouters.com/gaming-router/

Routers which utilizes both 2.4GHz and 5GHz wireless frequencies are known as a dual-band router. 2.4Ghz could work for devices located at a longer distance as well. Contrarily, 5Ghz works best in short range. 2.4 GHz and 5 GHz can hit a maximum speed of 1 Gbps and more than one 1Gbps, respectively. Tri-band routers contain an additional 5Ghz band to increase its range. Remember, to utilize these features you must have a top-tier speed plan from your ISP.

Some companies are claiming 4Gbps speed for their tri-band routers. The thing to remember is this refers to the collective transfer speed. For example, if 3.2 Gbps speed is specified on the tri-band router, then it could mean 450 Mbps from 2.4Ghz and 1,300 Mbps from each band of 5GHz.

You should first understand these three terminologies before understanding QoS functionality.

We prioritize our tasks when we have more than one task to do. Usually, the router has to deal with a lot of applications as well. Gaming routers have integrated QoS; it looks for applications that could benefit most by managing packet loss, jitter, and latency. They give priority to applications like competitive gaming, and video calls get priority because they need excellent speed for a good experience.

Imagine a longer queue at the bank having only one counter. What will happen? People will have to wait longer. Now, imagine 4 counters, then the queue will get split, and tasks will be done faster. Routers with MU-MIMO technology split its bandwidth into streams. These data streams allow the router to provide a certain level of speed to the application continuously. This approach minimizes annoying delays while gaming or video calling.

However, this feature is only useful for devices that can work with wi-fi’s most recent standards, 802.11 ac, or 802.11 ax. Older devices cannot get benefit from it.

Wi-fi routers for gaming that have specifications mentioned above are among the best ones. Double-check your ISP service plan before purchasing one as a router, and the ISP plan should support each other for the best gaming experience.