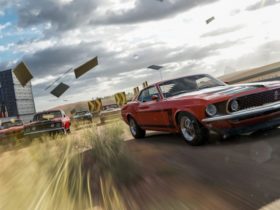 The greatest truck simulation franchise on PC is back. However this time, SCS Software has shifted its focus to the American roads. American Truck Simulator for PC was announced back at E3 last year. It features trucks like Peterbilt 579 and the Kenworth T680. The game basically runs on the same engine as its predecessor.

If you are having trouble running the game correctly on your PC, then you have come to the right place. We have covered the most frequent issues faced by the users within hours of launch. But first thing is to make sure your PC is capable of running the simulator. You can check them below.

This issue is most frequent among users right now. To solve this issue, simply start the game’s executable (amtrucks.exe) from the bin\winx_64 directory.

If you are one of those who are struggling to go past the profile creation menu and unable to play the game, follow the steps. Download a preset profile for American Truck Simulator from here. [ http://atsmods.lt/­profile-for-american-­truck-simulator/ ] Put it in the following directory and try to run the game again.

#3 Crash while using a wheel in American Truck Simulator fix:

If you have a driving wheel and want to use it in this game, then you may have to wait. The game currently crashes while using a wheel for playing. The only solution is to remove the wheel from the PC and delete the controls.sii file. Then try to play the game.

Firstly you need to update your video card drivers to the latest version. Then make sure you have DirectX and Microsoft Visual C++ installed on your PC. Lastly, lower the in-game settings to get the game running.

If your game is running slow / having low FPS, then update your graphic card drivers. Also end all background tasks using Task Manager and turn off Anti-virus temporarily.

This guide will expand as new issues surface. If your are facing any errors, glitches, bugs or other issues, kindly let us know. We would be happy to help you play American Truck Simulator ASAP. Also, if you have any fix for a certain solution, you are welcome to add it to this guide. We will update it with your credit.