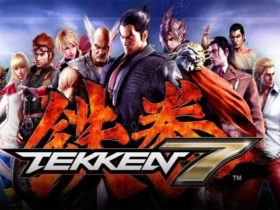 Tekken 7 Guide: How to Remove Film Grain and Chromatic Aberration

Call of Duty: Advanced Warfare was released for PC in November 2014. It’s over a year but people playing it on the PC platform still face many issues running the game. The game’s plot is set in the future where the world is ruled by private military organizations. You take control of one of the future soldiers wearing an exosuit.

This guide caters to those who are facing crashes, stuttering, lag, mouse sensitivity issues and more. But before going further, please make certain that your PC meets the official system requirements provided by Activision to run Call of Duty: Advanced Warfare.

This issue is common when you don’t have the latest version of DirectX installed on your system. Head over to Microsoft’s site and download and install it to fix this issue.

For all kinds of texture issues you are facing in the game, there’s one simple fix. Just go to the in-game Graphics Settings and Disable Cache Spot Shadow Maps and Cache Sun Shadow Maps. This should solve most of the texture related issues like muddy texture and more.

Some users reported that they were having trouble running the game using dual Nvidia GPUs. Don’t worry, we have got you covered. Just update your drivers to the latest version. Nvidia added the SLI profile for the game in 344.60 WHQL drivers and above.

If you are getting an error which says

FATAL ERROR:
Your CPU does not meet the minimum requirements for Call of Duty Advanced Warfare

You need to upgrade your processor to something that is supported. There are available fixes that let you play on dual core processors but we strictly advice you against using them. Forcing the game will not only harm our system but will also result in an unpleasant and unstable gaming experience.

If your game is slow, the first thing you should do is to upgrade your PC. However if that sounds unaffordable right now, you can try the following workaround till you get a new PC.

Go to the game’s installation directory and open the configuration file using Notepad. Make the following additions in it and save.

This should solve your problem to a certain extent.

If you are still facing issues running Call of Duty: Advanced Warfare, feel free to ask in the comments. We will try our best to help you fix the issues. We will keep updating this page as new issues are faced by the users.